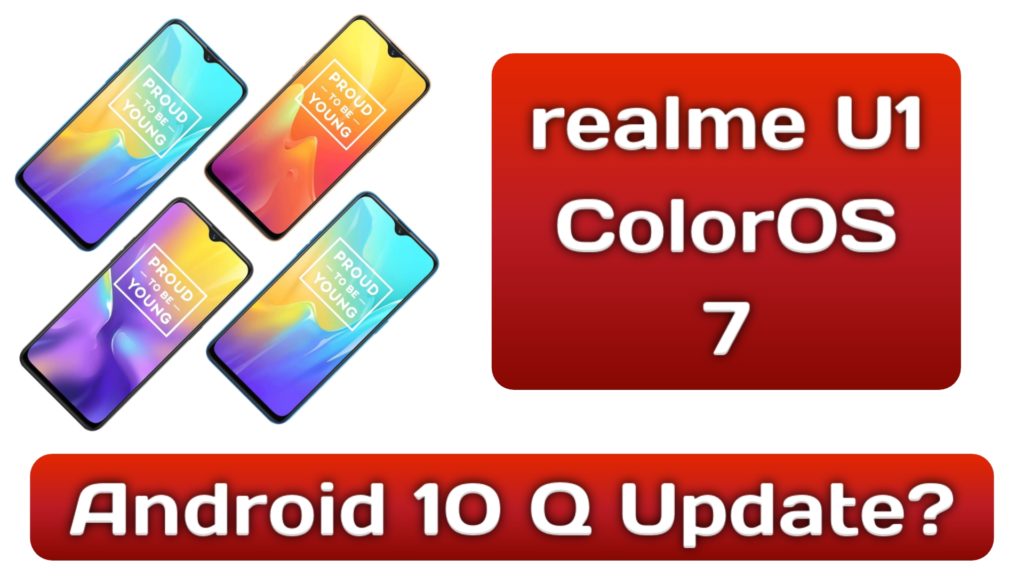 Hey Jeddy Buddy, as you know realme U1 is the best ever AI 25MP SelfiePro camera smartphone with realme’s world’s first ever Mediatek Helio P70 processor. Which was launched by November 2018 with ColorOS 5.2 based on Android 8.1 Oreo. Later it upgraded to ColorOS 6.0 based on Android 9 Pie by July 2019.

Now a day realme announced ColorOS 7 with Android 10 Q update for his devices. It will also known as realme’s own customized UI realmeOS as confirmed by “#AskMadhav | Episode 13”.

realme Community Official notified all the users with ColorOS 7 Update RoadMap 2020 using a community post. It is also notified by other realme’s official social network YouTube and Twitter etcetera.

Why realme U1 Is Not Included In This ColorOS 7 Update RoadMap 2020?

There are total four realme’s smartphones not listed for ColorOS 7 based on Android 10 update. Which are realme 1, realme 2, realme C1 as well as realme U1.

How realme C2 Is Compatible For ColorOS 7 Whereas realme U1 is not?

Actual reason is not compatibility only. The main thing is realme’s terms & conditions for software update. According to realme’s there is currently only one major update mentioned.

In such a way we found four devices which are not listed for realme’s own customized UI ColorOS 7 were already upgraded to a major update ColorOS 6.

Which Major Update For realme U1 Got Already; Is This Last Update?

Yeah, realme U1 will still get update such as Android Security Patch Level, new features based on ColorOS 6 (under Android 9 Pie) and bug fixes but its limited to minor update only.

ColorOS 6 Based On Android 9 Pie Is Enough For realme U1, You Should Enjoy it!

Now let’s get motivated just by looking realme current operating system’s features according to other brand. Chill! Yar, you’re on latest Android 9 Pie operating system with lot of amazing features. I think you should not worry about Android 10 or ColorOS 7 update.

I know this is humanity “wishing more and more as per new availability” usually we should always live happy as per current availability.

realme is one of the #1 brand which provides better user experience with regular and new update. Dare to Leap (Proud to be Young) realme always work for Performance, Design & Quality. You have an excellent smartphone, everything not matters to new os upgrade.

realme U1 An Excellent Smartphone According To Performance, Design & Quality!

Finally you all guys listen to me carefully one who have craze to get ColorOS 7! Why you guys getting excited for it? I don’t know actually! Even ColorOS 6 has lot of features, security options & cool UI design.

I think one major upgrade is enough for user satisfaction and also good for company to work on new technology for you. Just think about it, thank you.