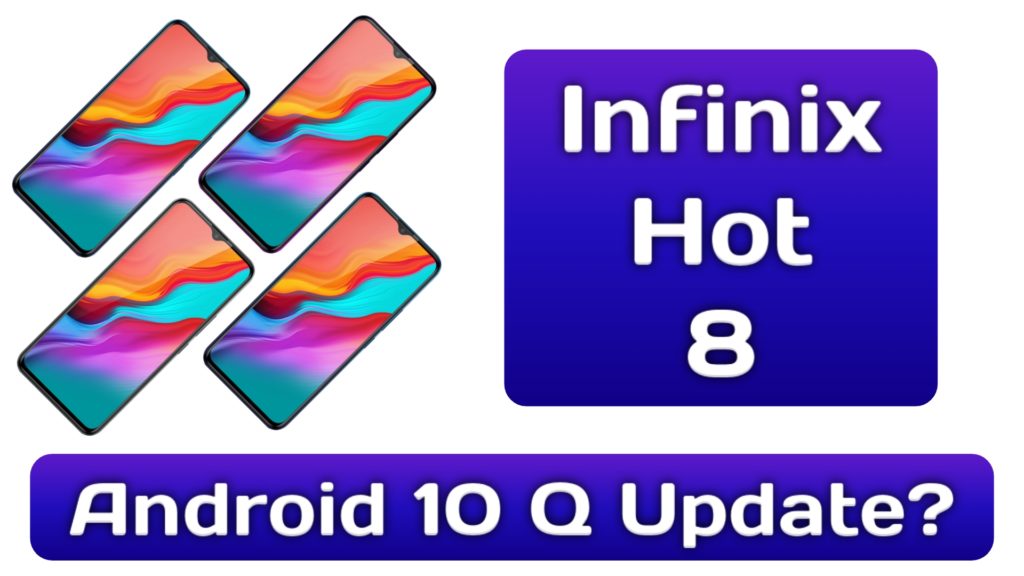 When is Infinix Hot 8 Getting Android 10 Q Update? Official Announcement!

Hey, Jeddy Buddy! There is no doubt 2019’s Infinix Hot 8 is the most sold smartphone by brand Infinix. Most probable you are here just because you own Infinix Hot 8 and want to know when Android 10 Q update is coming on it.

First of you all guys listen currently there is no official announcement by brand Infinix, like realme revealed Android 10 update with ColorOS 7 for his samartphones. Bye the way we will checkout some reason as fact or guess/ascertain rather Infinix Hot 8 gonna being part of Android 10 update.

After official announcement of Android 10 by Google, most of smartphone brand looking ahead for rolling this update on own smartphones as soon as possible. There is a craze have been arrived to the users for this update, just because lot of new features and enhancement added to it.

Now let’s talk specially about Infinix Hot series. If i look past Infinix update record on Hot series, there found no any device got major update like Android version upgrade. What it means the most popular Infinix Hot 8 which also belong to Hot series will not get Android 10 Update?

Infinix Hot 8 The Most Popular Smartphone, That’s Why Getting Android 10 Update!

Popularity reason is not under fact because the device Infinix Hot S5 the successor to the Infinix Hot S4 which launched with same Android 9 Pie. The question is in the fact newer model still coming with Android Pie out of the box.

These facts are not limited too, competition being part of every smartphone brand. All this topic which covered by me upon past update records with future expectation. I don’t mean you should loose this hope, there may a surprise announcement Android 10 Q update for the device Infinix Hot 8.

Yeah! It was the moment 2017 when i thought know it will be continued with Zero series, but sudden it stuck at same Android 7.0 Nougat in Infinix Zero 5. What happen next Zero 5 is still on Nougat without getting any single major update and launched Infinix Zero 6 with Android 8.1 Oreo in 2019. Expectations dies here cause new smartphone is already with new Android version trend.

In such a way we found Infinix want to provide better user experience with regular update, but the flow always got terminated with limited model! I don’t know why but the analysis cry for it. Even i got surprised last year when Android Pie has been announced for Infinix Smart 2. This is the main reason i would like to consider, anything can be happen tomorrow.

Overall, it was my experience with self analysis! What you guys think about whether Infinix Hot 8 will get Android 10 Q Update, let me know yes/no or why in comment box.